“You Have to Share!” {The Problem With Forced Sharing} 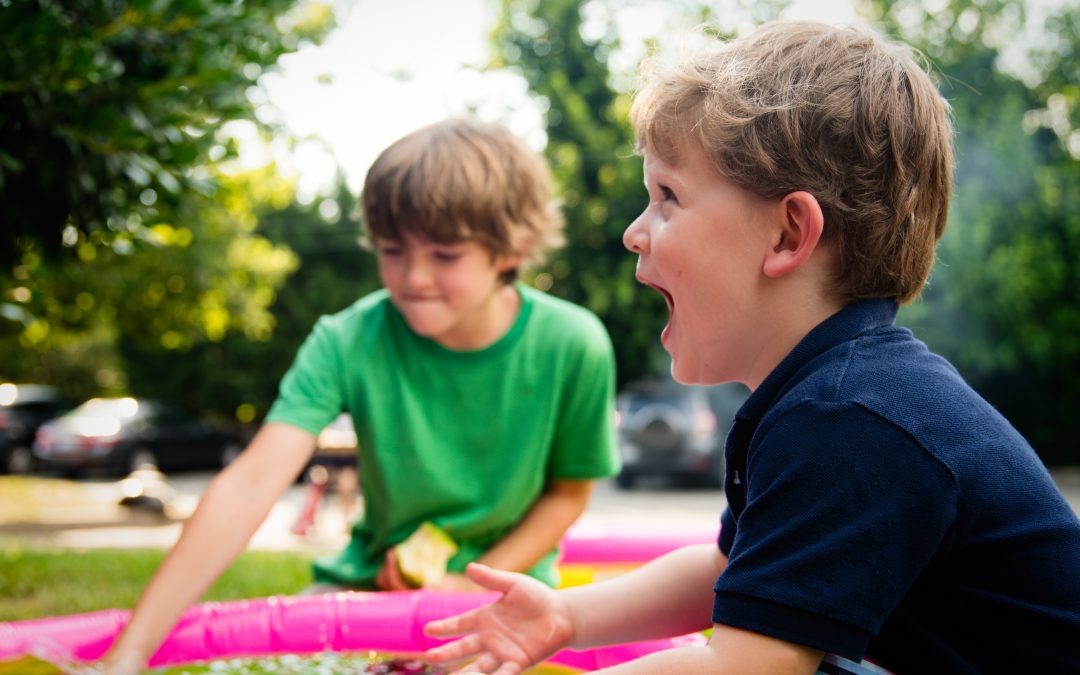 When I ask parents what qualities and characteristics they hope to encourage in their children, kindness, generosity, and empathy are always included. So it makes sense that we should teach our kids to share, right? The trouble is, the way adults commonly teach sharing is not only confusing for kids, but can actually create selfishness and entitlement.

What does “sharing” mean?

The first reason sharing is confusing for kids is that the definition is inconsistent. Are we talking about using something together? Giving something away (that may or may not be returned)? Taking turns?

The second reason for confusion is the way we tend to enforce “sharing.” When my older son was around two years old, we attended a play group event at our local library. He walked over to another child and took the toy out of her hand. “Cameron,” I said, “She was using that. Please give it back to her.” Cameron looked at me earnestly and said, “But Mom, I’m sharing!” I immediately understood why he was conflating sharing with what was essentially theft; by two years old, he had witnessed (and even participated in) this scenario many times.

From my perspective, it looks like this: My child sees a toy that another child has and attempts to take it, either by asking or by force. The other child does not want to give up the toy, and resists. I point out that the toy either belongs to or is being used by the other child, and help my child give it back if necessary. So far, so good. But at this point, the other child’s parent typically steps in, yanks the toy back out of their child’s hand and hands it to my child, saying, “Oh no, let him have that! You need to share!” This is often followed by the other child crying and asking for their toy back, and their parent ignoring them or saying, “You’re fine. It’s nice to share.”

So, what is the other child potentially thinking, feeling, and learning when sharing is forced? If someone else wants something I have, I’m expected to give it up immediately in order to “be nice.” Maybe I’d better hang onto my things more tightly! Sharing isn’t fun. My feelings aren’t important. My parent cares about the other child more than me.

And what is my child learning? If I want something that someone else has, I can take it by force. If they don’t want to give it to me, an adult will help me take it. The biggest, strongest person gets to decide who has what. Other people’s feelings don’t matter as long as I get what I want.

“We share our things.” Well, actually, no. “We” don’t, although for some reason, we expect children to. And this is yet another reason sharing can be so tricky for kids; we don’t generally model it for them. And when we do, we use different language. Adults don’t typically “share” (unless we’re talking about appetizers or memes) or even “take turns.” We say, “Do you mind if we join you?” or “Is this being used?” We ask if we can borrow a pen, not share it, or have a turn.

When we go out with family or friends to a crowded restaurant with no immediate availability, we have a choice to either wait for a spot to open up or try a different restaurant. Once we are seated, it’s understood that the table is ours to use for as long as we want, regardless of anyone else still waiting to be seated. Imagine if halfway through your meal, the manager came to your table and said, “I’m sorry, you’ve had this table long enough, and now it’s someone else’s turn.” I doubt you’d be leaving a tip. If they added, “Sharing is caring!” I’m guessing you might be tempted to write a scathing review.

Many parents have a rule about personal belongings not being brought into public places unless they are to be shared. But this doesn’t map to the adult model of behavior either. We bring our personal belongings – phones, purses, bicycles, pets, food – into public spaces all the time, with zero expectation of letting others use them. Kids are people too, and their things are no less important to them than ours are to us.

One of the reasons parents often give their children for why we have to share is that it’s “nice.” It might shock some people to hear that I actually don’t want my children to be nice. I do, however, want them to be kind. Kindness is a core value rooted in empathy and compassion. Niceness is an external behavior, often based in a need to please, maintain a social appearance, or get something in return. This is why I strongly caution against telling kids they should share because it will make other kids like them or want to share their things with them. Doing for others to please them or gain their favor is inauthentic and manipulative. Empathy cannot be forced. True generosity and kindness come out of choice.

Sharing on demand may be nice, but it isn’t kind. And praising children for sharing also tends to have a detrimental effect on their generosity.

You can ask. They might say yes or no.

So, what should we do instead? Here’s what works for us: I tell my kids that if they would like something that someone else owns or is using, they can ask. The person might say yes or no, and they need to respect that answer. This teaches awareness of others and respect for their feelings and belongings.

Earlier this year, my husband and I were at a restaurant with our two kids. Our older son requested a root beer. When it came, his little brother wanted some too. “Cameron, can your brother have some?” I asked. “No,” he answered. Now I realized I had boxed myself into a corner, because we had ordered the root beer for Cameron, with no expectation or agreement that it would be shared. My husband tried again: “Can you give some to your brother, please?” “No,” Cameron reiterated, “and you respect my answer!” So we smiled proudly, and ordered another root beer.