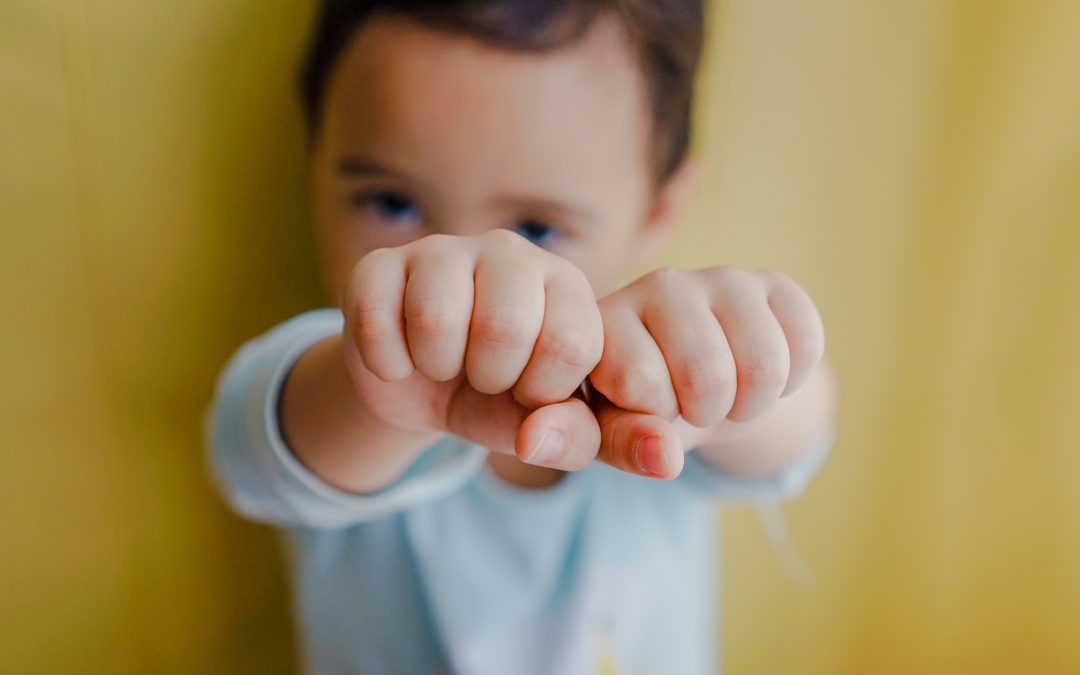 Exposure to toxic masculinity starts early, in subtle ways that might not seem important. It’s in our words, our expectations, and what we say to and around our children.

I took my two-year-old son to an indoor play space today. There were several Flintstones-style (climb in, sit and push with your feet) cars. At one point, my son tried to climb into a car that was already occupied by a slightly older girl. She didn’t say anything, but her wide eyes told me she wasn’t comfortable with the situation. I gently restrained my son, preventing him from climbing into the car, and said, “She is using this car right now. She doesn’t want to be climbed on or squished.” He tried to climb in again. “You want to get in the car, too. We need to give our friends space and respect their bodies.” And then the girl’s caregiver shrugged and said: “That’s just how boys are.”

A little while later, the same girl, my son, and another boy were in one of the ball pits. The children were playing in parallel; no one was touching each other or interacting much. There was no altercation. The girl moved to the side of the ball pit and reached up her arms to her caregiver, indicating she wanted out. And her caregiver said, “Too many boys? I know.”

I’m not bringing up these incidents to shame the person who made these comments. I have no idea what experiences she may have had throughout her life that led her to say these things, probably without thinking much about it. I’m reasonably certain she was not deliberately advocating toxic masculinity. There was no snark, irritation, or disdain in her voice. If I had to label her tone, I would say it fell somewhere between matter-of-fact and dismissive. Also, I don’t want anyone to feel hypersensitive about offhand comments they have made or might make in the future. I’m sure I’ve unknowingly said things that upset others. I always try to assume positive intent.

So why am I bringing this up?

“The way we talk to our children becomes their inner voice.” – Peggy O’Mara

What we say to our children matters. What we say around them – even when we think they’re not listening or don’t understand – matters. Am I overreacting? Maybe. But unfortunately, I have heard “Boys will be boys,” “Boys are trouble,” “Boys only want one thing,” threatening lists of “rules for dating my daughter,” and similar sentiments often enough that even innocently-intended comments throw up a red flag for me.

Toxic masculinity is so ubiquitous it’s become practically invisible. However, when a boy tries to invade another child’s space or plays too roughly, and we say, “That’s just how boys are,” we’re sending a message – to boys and girls – that boys can’t be expected to respect others’ spaces and bodies. Likewise, when we say, “Too many boys,” we reinforce the idea that boys are undesirable playmates, and girls may need to be protected or rescued from them. Boys are annoying. Obnoxious. Aggressive. This is toxic masculinity in effect. Furthermore, as children grow into teenagers and adults, these ideas may become more ingrained and more harmful, and even become a self-fulfilling prophecy.

I have two young boys. We are in constant, ongoing conversation and learning about consent, respect, boundaries, and personal space. Certainly, they don’t always make good choices (the part of the brain responsible for impulse control doesn’t fully develop until early adulthood, after all). But instead of shrugging it off as “standard boy behavior,” or evidence that they are naturally aggressive and must be constantly policed, my goal is to view these mistakes as teaching opportunities: “I notice she is leaning back. It looks like she needs more space.” “I heard him say no. Please respect his no.” “Please sit still on my lap. I don’t want to be climbed on.”

As a parent, I am not exempt. The rules apply to me, too. “Don’t tickle me!” You got it. Stop means stop. Now, if my kid says, “Put me down!” in the middle of a parking lot, the conversation looks a little different: “You want me to put you down. I can’t let you run here because it isn’t safe. Would you like to hold my hand?” I am always aiming for mutual respect, meaning, respect for my child, and respect for myself and the environment.

Above all, I am working towards raising boys who are respectful, responsible, and kind. These qualities are already present within them; we simply need to tend them like a garden, not instill them from some external source. I don’t want my boys to have to fight against an expectation that they will fail in these areas, or that their moral compass is somehow innately broken. They will make mistakes. And when they do, I want the proverbial village to say, “You belong, you are capable, and I believe in you.”

Boys can be kind and respectful. Let’s let them know.