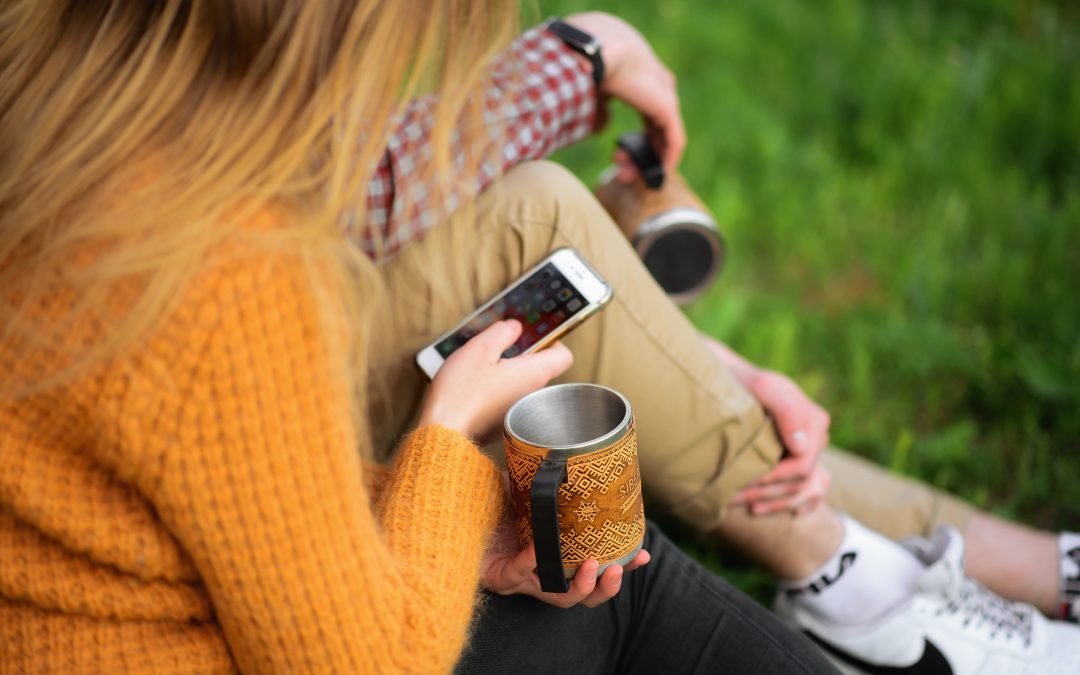 Help, I can’t get my face out of my phone!

Nothing makes a parent feel guiltier than reading articles with accusatory titles such as Kids Feel Unimportant to Cell Phone Addicted Parents, 12 Ways to Ensure Your Kid is More Important Than Your Phone, or Get Your Face Out of Your Phone, You’re a Horrible Mother (OK, I made up that last one). I take that back. There is something that makes a parent feel even guiltier: reading those same articles on – you guessed it – your phone.

The idea crept up on me slowly, over the course of months. I felt a little less patient. My kids seemed a little more needy. I felt exasperated more often. My kids were interrupting more frequently… or were they? Something was creating a disconnect. Could it be the phone? I decided to try an experiment. I would hide my phone from my kids for a week, and see what happened.

Why and how I hid my phone from my kids

There were two main goals for this experiment. First, I wanted to see if excessive phone use was part of the reason things had been feeling “off” for our family. Second, I would say 80% of my parenting methodology is modeling – being the person and demonstrating the values I’d like to see in my children. Being constantly distracted by a cell phone is not on the list of attributes I hope my children to attain. Reading? Connecting with other human beings? That’s more like it.

So, for a week, I still used my phone. Just not in front of my kids. I snuck away to the bedroom to add items to my task list. I texted my dad in the parked car after dropping Cameron off at school (Brennan’s car seat is still rear-facing). If one of my kids “caught” me (this was a blind experiment, so I didn’t tell them what I was doing), I put the phone down immediately. And I started to notice a few things.

Let’s be clear: this experiment was highly unscientific. I was the only aware participant, and there was no control variable. It’s also difficult to quantify levels of connection and joy. But I will say that my kids’ interruptions didn’t seem so much like interruptions anymore. I didn’t hear myself say “Hold on,” or “Just a second,” nearly as often. My voice was calmer. We talked more, read more books, and engaged more. We had more dance parties. Getting out the door in the morning seemed a little easier. I remembered how much I really love just hanging out with my kids. Overall, keeping my face out of my phone was a rewarding experience.

Tips for reducing phone use around your kids

Turn on the ringer.

In the past, I’ve usually kept my phone on silent because it seemed less disruptive. In reality, this led to me constantly checking my phone for notifications (in the relatively noisy environments in which I can usually be found, I frequently miss the buzz in vibrate mode). I decided to turn on my ringer so I could be alerted without picking up or looking at my phone, and it really helped.

About an hour into the first day of my experiment, I thought of something I needed to text my husband about. It felt urgent in the moment, but when I really thought about it, I realized it wouldn’t make much difference if I waited until he got home from work.

A little while later I thought of something I needed to add to my task list. I didn’t want to forget it, but I also didn’t want to go get my phone. So I jotted a short reminder on the dry erase board on the refrigerator (crisis averted).

Later in the afternoon, my older son said something funny and cute, I thought, “Ooh, I should post that on Facebook!” But then I waited a few minutes, and it didn’t seem so important to share with the world. So, take a deep breath or two. The sense of urgency may pass.

It’s not the device – it’s the distraction.

There are times when my kids request that I take a video of them dancing, let them call their Nana, or play dinosaur songs while they are in the bathtub. Although at first these requests might seem to be at odds with my intention of hiding my phone from them, they actually support my goal of connection. So, rock on!

Also, one afternoon, when I was simultaneously balancing my checkbook on my laptop in the living room and mentally patting myself on the back for leaving my phone in the bedroom, I suddenly realized that my two-year-old had gone into the refrigerator, carried a two-pound container of strawberries back into the living room, emptied the entire container onto the couch, and taken one bite out of each strawberry. Since this could have easily happened while I was vacuuming or folding laundry, I can’t really blame technology for the slightly pink couch (and I don’t blame my son, either; he saw Mama was busy and did his best to acquire his own snack). I was simply trying to do too much at once. And speaking of multitasking…

Multitasking seductively whispers beautiful promises of productivity, but it lies to you. Being a parent forces us into a certain amount of multitasking when it comes to work, housework, and engaging our children, especially if we stay at or work from home. But just as mindlessly tapping and scrolling doesn’t actually relieve stress and anxiety, trying to do multiple things at the same time doesn’t actually increase productivity. It just makes us frustrated.

Have you ever spent two hours composing an email (that should have taken ten minutes) because you were trying to do eight other things at the same time? Your brain isn’t good at switching back and forth between tasks. It’s ineffective and stressful, and it makes everything feel like an emergency. Be kind to yourself. Separate time for getting things done from time for family connection as much as possible.

Should you hide your phone from your kids?

Not necessarily. Like I said, it’s not the device – it’s the distraction. But if you have a sneaking suspicion that your phone use might be disrupting your family’s flow, try a few of the tips I suggested and see what happens.